For we know in part and we prophesy in part; but when the perfect comes, the partial will be done away. When I was a child, I used to speak like a child, think like a child, reason like a child; when I became a man, I did away with childish things. For now, we see in a mirror dimly, but then face to face; now I know in part, but then I will know fully just as I also have been fully known. 1 Cor 12:12-132

Awhile back there was a popular movie called Vantage Point starring Dennis Quaid, which tells a fictitious story of the assassination of the President of the United States.  The story is told and retold from eight different vantage points by eight characters who witnessed the same event but experienced it from different perspectives.  No one witness had all the pieces, but all of them together provided enough of the event to allow Dennis Quaid’s character, a Secret Service agent, to capture the villain and expose a twist that no one saw happen.
The person who was assassinated, who they all believed was the President, turned out to be a stand-in!  The President 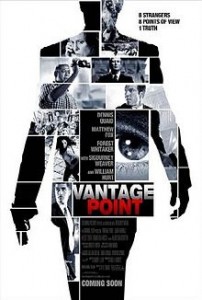 was in fact very much alive.  So while each of the witnesses experienced the same event, they saw different aspects of an actual event, and they mistakenly claimed it was the President who was shot when in fact, it was not.

This story is a great picture of how we see the world and how our worldview shapes the way we interpret and respond to the things that happen around us.   Worldview can be defined as a collection of intellectual, emotional, and / or spiritual paradigms that are based upon beliefs about the world, about reality, about truth.  These paradigms are like a skeletal system (gives organization and shape to the body to live and function within the world) through which the experiences of life are processed and organized, forming a way of seeing the world.  In this manner, worldview is akin to a computer operating system.  It provides a means of understanding/interpreting information and situations.  Worldview is influenced by our family, by our culture, by the type and level of our education, and by our socio-economic reality.

Centuries ago people believed the earth was the centre of the universe.  They believed the sun and all the other stars revolved around the earth.  In the 16th century, a mathematician named Nicolaus Copernicus observed that the moving stars in the night sky could be explained in another way without putting the earth at the centre.  This theory was scandalous for that day and age, but his thoughts would form the basis for other people to begin to ask questions.  Ultimately, they paved the way for Galileo to take his theories and challenge the Church’s geocentric views, which eventually led to a new paradigm, a new way of thinking about the earth with respect to the universe and to the scriptures.   Paradigm shifts are never easy and many people, especially the people who have the most to lose from a new way of thinking, fear new paradigms.  This fear often manifests violently and many people have paid a great price, yet plenty of the ideas prevailed!

The idea of worldview and paradigm are important concepts for us to be aware of for several reasons.   Firstly, it is crucial we understand that the current worldview or paradigm determines the kinds of questions that can be asked and the kinds of answers we derive for those questions. Secondly, and perhaps most importantly, is the simple revelation that they exist, that we each have them, and that they affect the way in which we interpret information and experiences.

Spiritual worldview is greatly influenced by a number of conditions. Consider your choice of church as the denomination of church you attend is greatly influenced by things like race, ethnicity, economic status and level of education.  This demonstrates the impact of a broader worldview on spiritual worldview.  Each genre of church has a unique spiritual worldview and therefore determines the way their members perceive world events, physical/natural, and supernatural phenomena.  Perhaps more fundamentally, it impacts how one sees God, themselves, and other people.  For example, some spiritual paradigms see God as an angry vengeful God, while others may see him as a wishy-washy Santa God.  Some may see God as a He or a She.  Some may be very strict with rules of behavior while others are not.  Some spiritual paradigms see human beings as completely degenerate and corrupt with no redeeming features, while others see human beings as generally good with areas that need to be healed.  Some see the world as evil to be escaped, and some see the world as something wonderful and worthy of protection and redemption.  There are spiritual paradigms that suggest Jesus took the punishment we deserved to satiate God’s Holy justice and others that suggest Jesus was a ransom.  Others still insist Jesus became our cure rather than a punishment for sin.  These different spiritual world-views will have very different implications to the way in which one lives their faith and their relationships with others.

Spiritual worldview shapes what we understand about God, faith, mission, ourselves in relationship to God, and our membership in the people of God.  Where Jews placed a great emphasis on the right practice, Christians place great emphasis on the right doctrine (right belief).  Healthy doctrine is important as it will produce healthier actions, but we in Western Christianity often attach the right belief as a requirement of salvation.   Therefore, when doctrines and tradition which are a part of our Christian worldview are challenged, they are challenging our idea of salvation and this generates a lot of fear.  For those who are in the process of a spiritual paradigm shift, there is a degree of anxiety as they deviate from the traditionally established and accepted means of Kingdom membership. 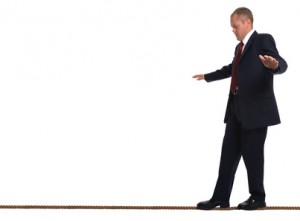 In the past I used to throw around the phrase “Biblical worldview”, and when asked I would say my worldview was absolutely right because it was based upon the Bible – the word of God.  I know I am not the only one to ever make that claim but there is a problem.   While I indeed believe the bible has shaped my worldview, it is my larger worldview which has shaped my view of the Bible.   I am shaped by the religious traditions and other spiritual, educational, and cultural influences, and this colours the lens through which I read, interpret, and apply the Bible.  If there are different denominations and different world-views there must be different spiritual world-views, many of which are attempting to take the high ground of absolute truth.  This results in the rejection of all other points of view, even those of other Christians.  It is at this point I am reminded of Paul’s statement that we see through a glass darkly.    I am in no way suggesting there is no absolute truth, rather, I am challenging our belief that we can know it absolutely.

It is alarming to hear the rhetoric of various Christian groups making bold statements concerning what exactly constitutes a Christian worldview, and then to tie that worldview to absolute truth in a set of neat propositions.  This in effect places one in a posture where we can no longer grow, are not open to changing or new information, and thereby closes the door on connecting to the culture or reality in a meaningful way.  To connect with the culture doesn’t require a change in conviction, rather one of posture – an absolute worldview is adversarial, not engaging.  Furthermore, to make such bold claims seems to forget the claims of the absolutism of our forefathers; for which of us would wish to stand on geocentrism, slavery, exclusion of women from ministry, forced conversions, the Crusades, the Canadian Indian policy / residential schools and anti-Semitism to name but a few examples.  These were violently defended world-views of Christians which have long since been outgrown.  As most would agree, these changes and others like them are not necessarily the compromising of truth, but a process towards maturity in part because we have a new vantage point; new insights and experiences to help us see once concrete ideas in a different light.   There is an old parable, “if you can catch the Buddha, then you best kill the Buddha”, meaning if your god is so small that you can figure him out with no ambiguity or mystery, then your god is probably no god at all.

God is so far beyond our ability to intellectually corral Him within a neat set of propositional truths, and while He 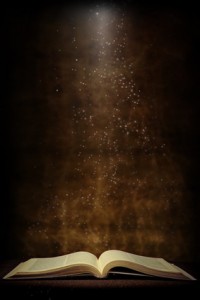 desires to be known, makes Himself known and we can to some degree know of the mystery which is the Father, we indeed see through a glass darkly.

All of life can be a great teacher and shaper of worldview and as Danish philosopher, Soren Kierkegaard asserts “... life must be understood backward. But then one forgets the other principle: that it must be lived forwards.  Looking back over our lives and those of others who have lived before us, we can see the process of maturity and the shaping and reshaping of our worldview, spiritual and otherwise.  It is by reflecting upon and learning from our mistakes and successes that we can truly continue to grow and mature.  The living of life, the understanding of others experiences can help us form healthier worldview if we will allow it.   In the words of iconic sports figure Muhammad Ali, “The man who views the world at fifty the same as he did at twenty has wasted thirty years of his life.”   It is important to understand that growth and maturity aren’t synonymous with compromise (used in the worst sense), but rather growth and maturity are the fruit of a life lived with the living BIG God, not a small dead one.

So then where does this leave us?  Is there no solid footing on which to stand? Seemingly a very precarious situation! Look again!  This leaves us in the best and healthiest position ever: rooted securely in Jesus Christ by faith and not in our ability to comprehend, control, package, and market what we believe to be absolute truth about Him.  To hold the “concepts” of absolute truth above the person of Jesus is errant, prideful, and antithetical to the gospel, in that it is the equivalent to works righteousness.  Through relationship with Christ, with the personification of truth, we are positioned in a posture of humility; to be open to learn and experience more of Jesus, to mature in our faith, healthily informed with a new revelation of the Holy Spirit and science, history, philosophy, psychology et cetera.

This is an excerpt from Michael's Becoming Love: Avoiding Common Forms of Christian Insanity by Michael M. Rose.

A thoughtful mystic, an accidental activist, and soul friend to many, Michael helps people connect to life in more profound ways, to discover purpose, create meaning, and recognize and respond to the sacred in all of life. Michael serves as a spiritual director, Certified Grief Recovery Specialist®, healthcare chaplain, and author of "Becoming Love. Avoiding Common Forms of Christian Insanity."

View all posts by: Michael Rose